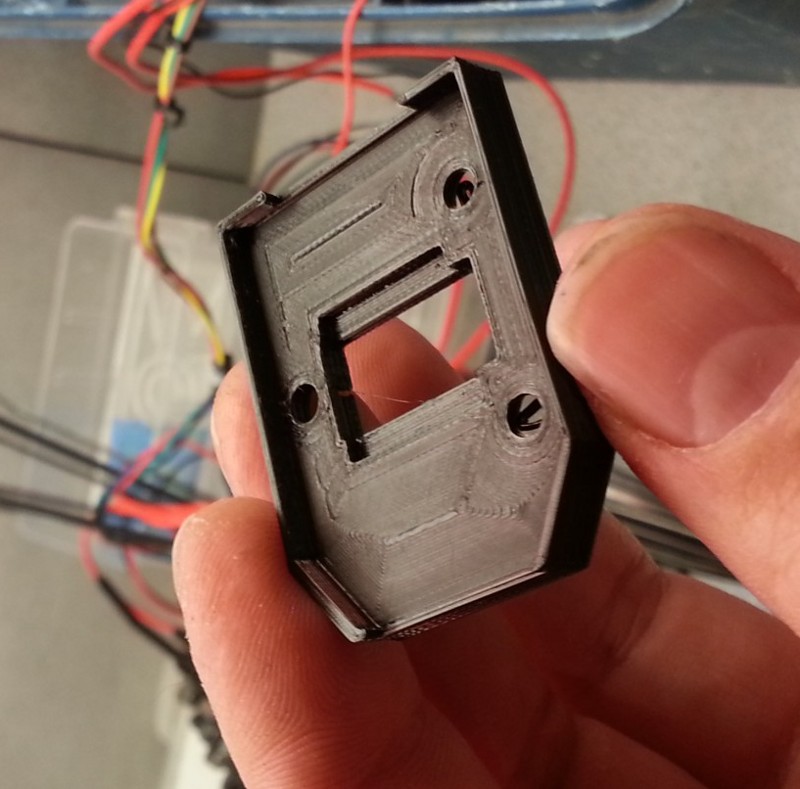 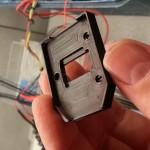 Today, I finally took the plunge and started exploring how to make 3D printing work for me.

I’ve always stumbled when it came time to deal with enclosure and the mechanical aspects of my work, preferring to leave it to some other player in the process or, at best, cutting holes in a standard project box and leaving it a that.

That’s usually ok, but sometimes you really need a custom part.  In one day, it’s possible to get to know FreeCAD well enough to move a part from the realm of pure imagination into something you can actually touch!  This is how I did it.

In this case, I was dealing with a project that has high res LASER sensors.  They’re really pretty cool little devices, and I’ll be covering them in greater detail later, but they require both a lens and–in order to really operate correctly–a very specific air gap between the lens and the surface being scanned. 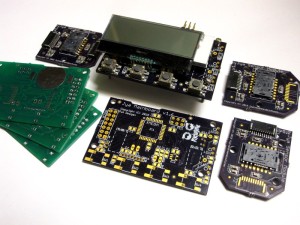 The sensors are off of the mainboard, as pictured above, and in addition to the height requirement, the lens extrudes from the bottom (there’s a cut-out under the chips) and they have a unique form factor.

So last night I did a bit of research and downloaded FreeCAD, a cross-platform parametric 3D modeler.  It’s free, as the name implies, works under Linux/Mac/Win and is a powerful beast.  I won’t go into specifics of how to use it, because there are a lot of resources on the site, youtube video tutorials and more–but mainly because, after 1 day of playing around, I pretty much know nothing in this department.

The main point here is that, even while only using 5% or so of the available functionality, I managed to learn enough in a few hours–thanks to the extensive docs and a few helpful people like John Durston and his FreeCAD TurboTutes (and, if you happen to grok spanish, the FreeCAD tutorial series by Juan Gonzalez Gomez is quite complete and excellent)–to go from my PCB to this:

From there (well, truth be told: the video is from a second iteration of the piece), I got in touch with my friendly neighbourhood 3D printer guy and he transformed my exported STL file into: 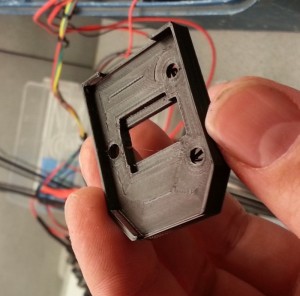 Astounding!  It sure is nice to live in the future :)